Here you can find links to some of my published short stories as well as some brand new ones to enjoy!
If you like what you see you can buy my short story collection - Stars in Unexpected Places - here!
Happy Reading!


When I grow up I want to be a Prophet
First published in the Cadaverine as the winner of the Cadaverine Award for Young Writers 2009.
In the back of her mind she always knew he would leave. The question that had always tormented her was when. That afternoon she watched Yeshua in his workshop from her kitchen window as she prepared his food. He was running his fingers over the table top that he had been sanding. She could see that his thoughts were far off. Her own mind played out where his might be. She saw him standing among the great arches of the temple. Not in the garb of a priest but in his own clothes, dusty and brown from the workshop. He would be looking down on the mass of people below. From where he was they would look like tiny dust mites swarming together in the sand. In his hands was a scroll, engraved with the book of the Torah that he was about to read aloud. The weight of the scroll pulled his arms down. It fell to the ground with a thud as he unrolled it. And then she heard his voice: vivid and clear. It cracked slightly on his first word but then rung out like a siren. She was startled by the pot bubbling over and scolding her hand. Quickly she served up his meal and walked down the path from the house to the workshop.
Whatever he was daydreaming off, he was startled out of it by his mother dropping his lunch on the table in front of him.
‘Here, your lunch,’ she said, pointing to it.
‘Thank you, Mother,’ he replied and swept a handful into his mouth.
She stood next to the table he had just been working on and watched him eat. He ate his meal standing, though there were seats around the table. She took a seat for herself to rest her feet for a while. It had been a long day. Now that the family were growing, with new wives and grandchildren, she seemed to spend all day sweeping the dust from the house. It seemed to accumulate in layers everywhere no matter how hard she worked to keep it swept and clean.
Yeshua was far off in thought again and staring into space. His head was tilted to one side as it so often was when he was daydreaming. The rice in his hand dripped sauce in a large, brown drop: back onto his place where it had come from. Catching her looking at him he lowered his hand back down on to the plate. Placing her elbow on the table, Maryam rested her head in the palm of her hands.
‘Have you been busy today, Mother? You look tired,’ he said.
She smiled at him and the concern etched on his face, ‘I’m fine, son,’ she said. She sat for a while, watching him enjoy the food she had prepared. With a cube of bread he moped up the last of his meal and moved to take his plate through to the main house. His mother jumped up quickly and took the plate from his hands.
‘I’ll go,’ she said.
He patted her arm. She didn’t know why but she was suddenly holding back tears.

The next morning she woke up early and as soon as she opened her eyes she knew he was gone. She leapt out of bed, grabbing her dress that she had laid out to dry the night before. She had left it on the chair Yeshua had carved for her. The first chair he had carved as his father’s apprentice. She ran to the front steps of the house where they had stood the night before. Her hair hung long and wild, in great ringlets around her shoulders, not a hint of her age about it. From the front step she saw it: the smoke rising from the temple on the hill and she knew: that was where he was. Forgetting herself she ran, her feet bare and her shoulders uncovered, until she reached the steep flight of stairs that led up to the temple. She took two at a time, leaping up them like an ungainly beggar. As she reached the top she slowed, suddenly feeling like a lamb being led to the slaughter. She knew what she was about to see and as she reached the top, she saw it. He stood there between the two great pillars at the foot of the altar with a great scroll in his hands. The temple was beginning to crowd with people. His voice rang out, as clear as a bell. Her mouth dropped. She ran.
Click here for an interview from the Cadverine about the inspiration behind this piece
Below is an extract from my new story My Name is Waceena. This story features in my short story collection, Stars in Unexpected Places.
Waceena had three tomato plants, three survivors reaching valiantly into the hot sun. She walked to the end of her garden. She knew where it ended by instinct despite there being no fence to divide her garden from her neighbours. It was play acting really as she didn’t even own the land that her home stood on. Waceena knelt down, her chetenge straining against her knees, and inspected the leaves of the plant. They were drooping slightly in the heat and the sun had not long been up. They desperately needed water.
Every second day she made the journey to the water pump twice, once for the plants and once for herself and the children. On the days that she went once she watched the plants wilt. She sometimes gave them water from her own cup but the sun scorched it from the ground moments after it had touched the soil. Waceena stood up and took one last look at her plants, the green tomatoes hanging beneath the leaves. She could count her hopes between the branches, a market stall loaded with produce for each new flower that opened.
Waceena’s home was in a place called Twapia, 'broken' in her own tongue. The only fence to be found ran the perimeter of the compound. This, her homeland, was a place of fences, places to be kept out off, good things locked away. Waceena turned onto the main road. She wore thin sandals, the soles flapped against the tarmac.  The road was newly laid, as it always seemed to be, it hissed in the heat like a geyser ready to blow.
Half way into her journey she passed the market stands, cobbled together from sheets of corrugated iron, held up precariously by wooden stilts. She walked around the edge of the stands to avoid having to walk where she would feel the stall holders’ eyes on her. It was obvious that she had no money to make any purchases, her chetenge had been mended so many times that the pattern didn't match up any longer. It wasn't the thought of the accusing looks that stopped her, she didn't fear being thought a thief. It was the possibility of not being seen at all that she really feared, that they would look straight through her. Confirmation that she was an irrelevance, even to them who had not much more to speak of than she did.
Waceena continued on for the last mile to the water pump, her second trip of the day. The heat was rising now and a thin film of sweat covered her body. A car drove past, surrounding her in a cloud of dust that settled and stuck to her skin. She collected her water, drinking as much as she could at the pump without upsetting the woman waiting behind her. As she lifted her container of water away from the pump, she turned to give an apologetic smile. The woman behind her had the same untamed hair as Waceena, framing her head like a halo, but it was threaded with strands of grey. As the woman reached for her bucket her arms, more bone than flesh, appeared from her wrap. She wasn't even sweating in the heat.
'Here, Ma'ma,' Waceena said, taking the bucket from the woman's hand. 'Let me.'
The woman smiled and lowered herself down on to a rock next to the pump. Waceena strained to pull the leaver down, her arms shaking with the effort. When she had dispensed enough to fill a cup, Waceena dipped her own mug in the water and handed it to woman, who drank it down quickly.
'Where are you going to with this heavy load?' Waceena said.
'Twapia,' the woman said and then smiled again, this time showing a thin line of teeth, some crumbling, some standing firm. She closed her mouth quickly when she saw Waceena looking at her.
'The same place I'm heading. Between the two of us we can spread the load?' she said.
Read more in my short story collection, Stars in Unexpected Places, now available to buy here!
Read my story, Waggy of the Mountainside, in the Cadaverine Magazine here.

Get new posts direct to your inbox!

Come Pin with me! 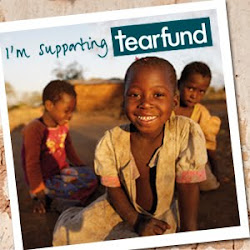